The Orchard within the Tudor walls of Sissinghurst is a truly tranquil and calming part of the garden. It has a unique atmosphere with its laden fruit trees, freshly mown paths, roses that grapple and entwine up older trees and its picturesque hay meadow, which in the height of summer is an orchestra of crickets and towering grasses rustling in the summer breeze. By being the one informal area within the garden it allows for a joining and matching of the surrounding Kentish landscape, thus appearing that the landscape, which Vita and Harold always had a deep love for, is within the garden. 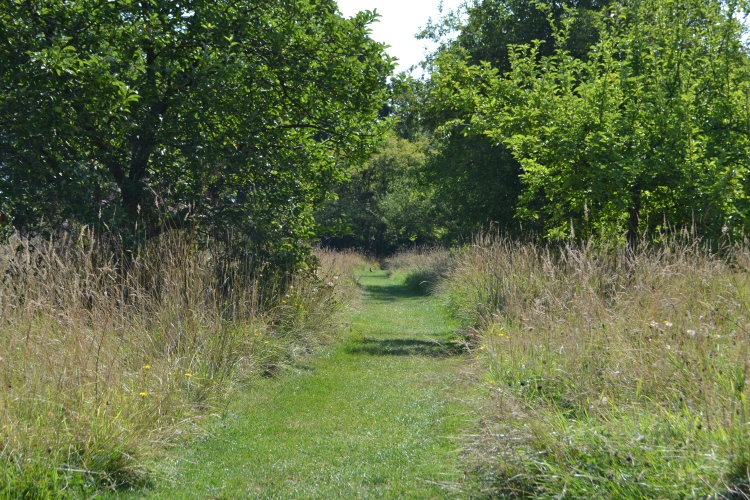 A pathway through the orchard

Vita and Harold were welcomed by an already established orchard when they came to Sissinghurst but many of the trees no longer bore fruit due to their age and other factors such as the dreaded honey fungus. Vita went quickly to work and by taking a note from Miss Gertrude Jekyll, began to plant rambling roses such as “Madame Plantier” and “Kiftsgate”. She allowed them to climb and entangle the trees thus offering two flowering seasons, the first being the fruit blossoms arriving in spring, followed by the rose blooms festooning the trees in summer. However, many of the original examples planted by Vita were lost in the great storm of 1987, which could be seen as a godsend, as the remaining trees have now been claimed by the roses in an almost feral manner, making the pruning of tree and rose nigh on impossible for us, the gardeners.

The orchard and the tower

Vita also began to plant spring bulbs within the turf of the orchard. The display begins in autumn with the autumn crocuses protruding, offering colour during the bleaker seasons of the year. Winter then calls forth the much loved snowdrop, Galanthus spp. hanging their white almost angelic hooded heads. The snowdrops require us to constantly divide them in order for them to increase, maybe due to the slightly acidic soil that we have at Sissinghurst. These are followed by the very dependable Crocus tommasinianus which visitors will be able to view in its full glory due to our new 363 days of opening. Spring welcomes the golden trumpets of the daffodils, originally kept in bowls during Vita’s time for the house. They have now become quite a mass in the orchard but perhaps too much of a mass as they’ve become ‘heavy and clumpy’ and lost their naturalistic feel. A project will be under way to remove vast amounts of the more common varieties and replant in a more drift-like fashion. Lastly the jewel amongst the crown of native flowers, Fritillaria meleagris or snake’s head fritillary which year by year are always equally beautiful and mesmerising to look upon. 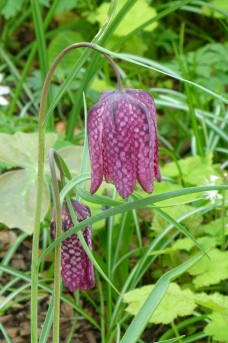 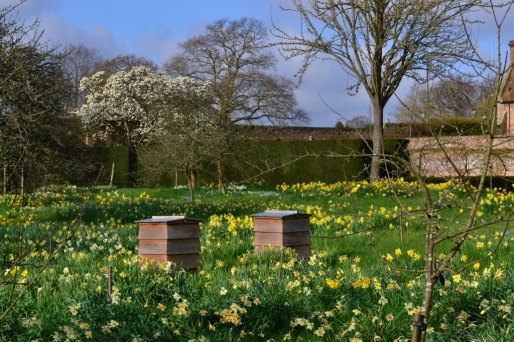 Spring in the Orchard

While this is all happening, the grass has begun to grow and in spring certain grasses such as Anthoxonthum odoratum and Akopercurus pratensis begin to form elegant silhouettes. By summer the grass is now tall and has formed a dusty appearance. Other than the tall grasses, the orchard does contain a few varieties of wildflowers such as black medic, vetch, bird’s foot trefoil and oxeye daisy’s, however we would like to see these varieties swell in number. The orchard is predominately a hay meadow rather than a wildflower meadow. However, during the next few years, the orchard will be undergoing a large and long transformation into a wildflower meadow. When Vita moved into Sissinghurst, wildflowers were more prominent in the surrounding landscape but due to events such as the “Dig for victory scheme” in WW2, which saw vast amounts of land become used for food sources and also the vast increases in farming, drainage and the urbanization of countryside, we’ve lost around 98% of our wild meadows. The reasons for the orchard undergoing this change is to hopefully help improve on that terrifying percentage and also remove the somewhat tangled, messy atmosphere that the hay meadow has become. We hope that the beauty of a wild flower meadow will encourage people to stay on the mown paths rather than creating trodden paths through the grass, which spoils the look of the orchard and causes problems for us when we have to cut the grass.

Early buttercups in the orchard

We hope to achieve this goal by using the beautiful but also devilishly evil in habit wildflower, yellow rattle, Rhinanthus minor. The problem we have is that wildflowers grow best in low nutrient soils and the pernicious weeds such as docks, thistles and stinging nettles which grow well in higher nutrient soils can bully and remove wildflowers. However, the main problem we have within the orchard is the grass. As long as the nutrients persist in the soil, the grass will grow tall and increase in size removing any hope for wildflowers. The worst thing that the grass can do is to create a thick carpet-like mat on the soil. Grass that has fallen over due to either wind, being trampled or old age creates thatch which, if allowed to persist will act as barrier, stopping sunlight from germinating seeds or even stopping seeds from reaching the soil. This is when the yellow rattle will play its part. Yellow rattle is an amazing architectural wildflower but is also a semi parasitic plant that weakens grass by partially feeding on the foods created from photosynthesis. This will stop the vigour of the grass, reducing its size and expansion and give the wildflowers a fighting chance. But what is also amazing is watching the yellow rattle move through a meadow like a wave, moving from corner to corner each year following the strongest grass growth. The orchard has already partially been sown with yellow rattle with great effect and further parts will be sown this year, and with good mowing management, cutting when the seeds have set, yellow rattle can be kept within an area for as long as needed. However, meadows are never predictable and we will have to combat issues that arise, but the best way is always trial and error. 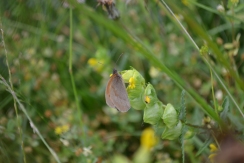 So hopefully in years to come visitors will see these changes and will be able to witness one of horticulture’s truly beautiful spectacles; an English field awash with English flowers.

Next week, I will be writing about the new addition to the tool shed; the Austrian scythe. This year, for the first time, we are using this tool to cut the long grass in the orchard. It is a bit of an experiment and I will give a report on our progress next week!